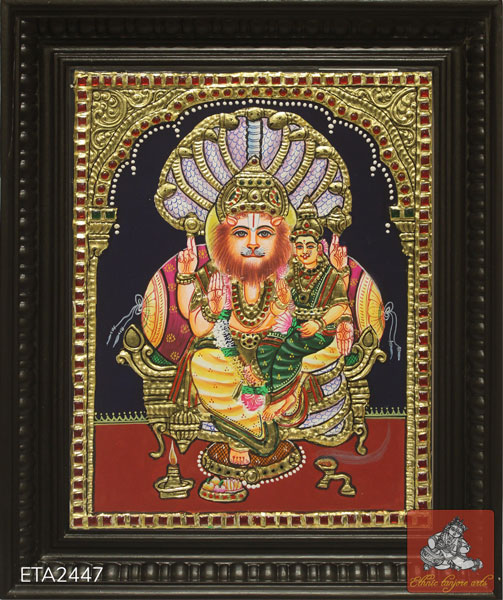 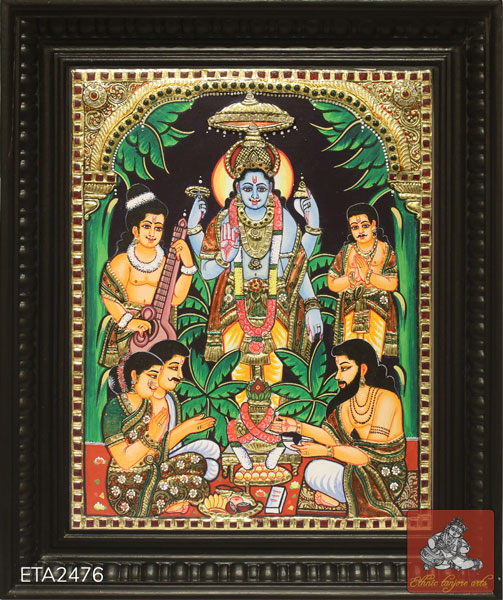 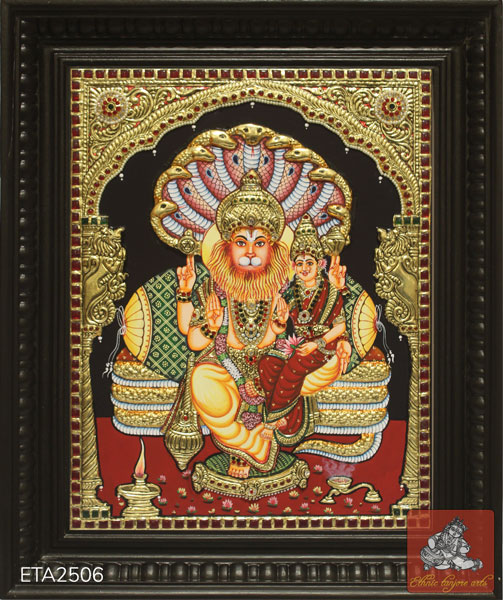 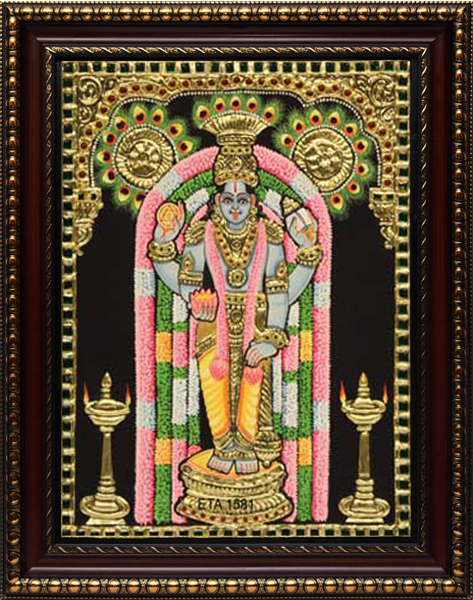 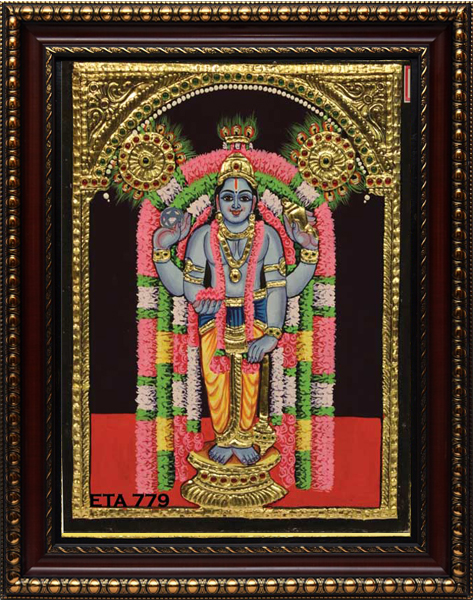 Vishnu is one of the three gods that make up the holy trinity in Hinduism. He is the main deity of Vaishnavism, which is the largest Hindu sect. His goal is to restore the balance of good and evil in the world. He has been incarnated nine times and is believed to be reincarnated once or maybe even more.

Vaishnavism refers to the belief that Vishnu is the greatest god. His followers also regard the other gods as demigods. He is associated with the Sun and is known for his light-heartedness. Early texts did not include him in the original seven solar gods, but later mentions him as leading them.

Lord Vishnu Tanjore paintings frames are done with the prominent Chettinad teak wood, which is remarkably long-lasting and strong. The frame’s base is water-resistant, and solid acrylic glass is used for framing the painting.

Where We can Use Lord Vishnu Tanjore paintings:

Grab this beautiful painting home and office and discover its uniqueness!