Saraswathi Tanjore Painting Call for Price
Back to products
Next product

Do u know Lakshmi Tanjore Paintings brings wealth, fortune and prosperity to our place.

Maha lakshmi or Laxmi, is the Hindu goddess of wealth, fortune and prosperity. She is the wife and shakti (energy) of lord Vishnu, one of the principal deities of Hinduism and the Supreme Being in the Vaishnavism Tradition. Lakshmi is also an important deity in Jainism and found in Jain temples.  Lakshmi has also been a goddess of abundance and fortune for Buddhists, and was represented on the oldest surviving stupas and cave temples of Buddhism. In Buddhist sects of Tibet, Nepal and southeast Asia, goddess Vasudhara mirrors the characteristics and attributes of the Hindu goddess Lakshmi with minor iconographic differences.

she is called Thirumagal because she is endowed with six auspicious and divine qualities, or gunas, and is the divine strength of Vishnu. In Hindu religion, she was born from the churning of the primordial ocean and she chose Vishnu as her eternal consort.

Lakshmi is depicted in Indian art as an elegantly dressed, prosperity-showering golden-coloured woman with owl as her vehicle, signifying the importance of economic activity in maintenance of life, her ability to move, work and prevail in confusing darkness. She typically stands or sits like a yogin on a lotus pedestal and holds lotus in her hand, a symbolism for fortune, self-knowledge and spiritual liberation. Her iconography shows her with four hands, which represent the four goals of human life considered important to the Hindu way of life: dharma, kāma, artha, and moksha.

The festivals of Diwali and Sharad Purnima (Kojagiri Purnima) are celebrated in her honor. so ​Having lakshmi Tanjore paintings at home brings wealth, fortune and prosperity.

Ashta Lakshmi​: is a group of eight secondary manifestations of Lakshmi. The Ashta Lakshmi preside over eight sources of wealth and thus represent the eight powers of Shri Lakshmi.​

Many Hindus worship Lakshmi on Diwali, the festival of lights. It is celebrated in autumn, typically October or November every year. The festival spiritually signifies the victory of light over darkness, knowledge over ignorance, good over evil and hope over despair.since Lakshmi connotes auspiciousness, wealth and prosperity. This festival dedicated to Lakshmi is considered by Hindus to be one of the most important and joyous festivals of the year. so lakshmi tanjore paintings is suggested to place on our pooja during deepavali. Sharad Purnima, also called Kojaagari Purnima or Kuanr Purnima, is a harvest festival marking the end of monsoon season. 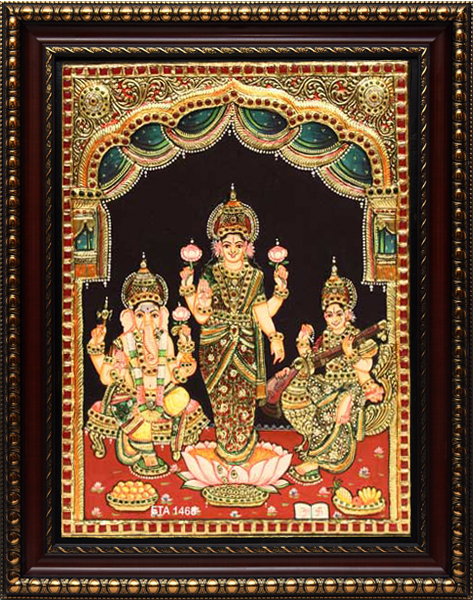 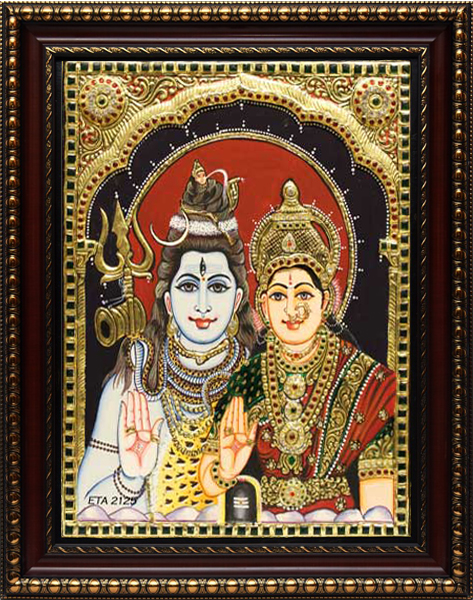